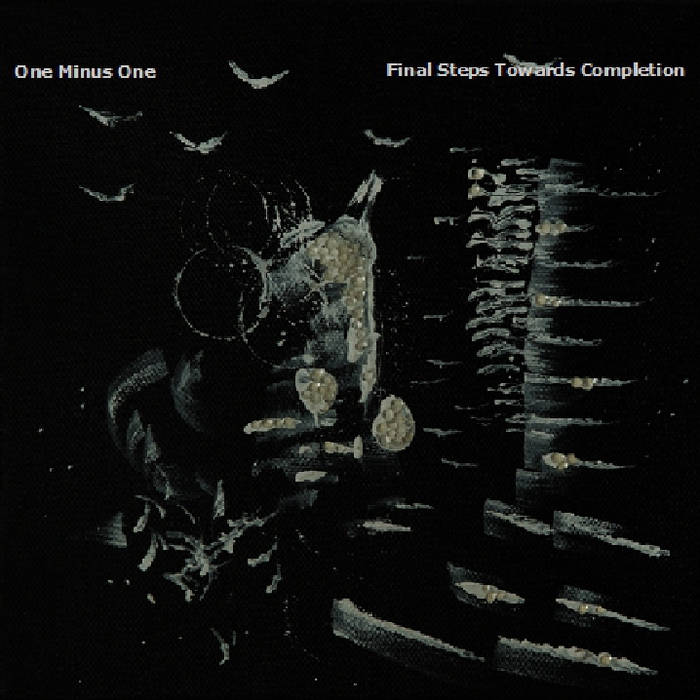 The eleven songs constituting Final Steps Towards Completion represent the conclusion of an artistic cycle started in 2009. Sounds and song ideas that had been used for One Minus One’s previous approaches – Peace Talks (2010) and God’s Revenge (2012) – have been carefully redeveloped while the geographical as well as technical contexts of the songs underwent continuous change. This strict process of self-(re-)definition finally resulted in dense soundscapes being based on European and Arabian influences in equal measure. Although future releases cannot be ruled out at the moment, Final Steps Towards Completion might come as a first full stop in One Minus One’s history.

Written & produced by One Minus One. Office at Night written by Hofstede. Recorded from April 2012 to November 2013 at The Noise Gate. Cover painting by Asamairil (“Colony”, 2009). For further credits see booklet.